You are here: Home / Science and Research / Robert G. Edwards, 1925-2013: Changing Rules of Conception With the First ‘Test Tube Baby’

Robert G. Edwards, who opened a new era in medicine when he joined a colleague in developing in vitro fertilization, enabling millions of infertile couples to bring children into the world and women to have babies even in menopause, died on Wednesday at his home near Cambridge, England. Dr. Edwards, who was awarded the Nobel Prize for his breakthrough, was 87. 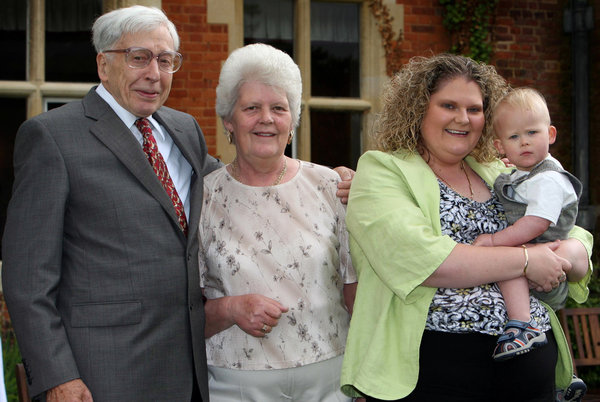 Robert G. Edwards with the world’s first “test tube baby,” Louise Brown, second from right, in 2008, just before her 30th birthday. With them are her mother, Lesley, and her son, Cameron…